I don't normally post my autograph successes (or failures, which I'd argue are more interesting), but like many people, I enjoy a good story. Unlike those that I've previously posted, however, this particular one almost ended with me losing my life.

Last week began with one of the more time intensive and unpredictable autograph adventures I've experienced, involving Johnny Depp, which lasted three days and ending in me getting exactly one ink on a Fear and Loathing in Las Vegas poster. Johnny was cool and quite humble. His new bodyguards were not. The value of the autograph is not substantial, but the journey involved was priceless, and he is of a stature that I felt worth my time and effort. To my mind, Adele, The Rolling Stones, Paul McCartney, and a handful of others have also involved long, complicated sagas, but the payoff on this one was especially rewarding as Johnny had been completely inaccessible his entire stay, not made better by the 200+ people waiting at the venue for the night of his show.

Fast forward to last Friday in San Francisco. The Chemical Brothers, who have quietly won several Grammy awards, rarely tour in the States. I first saw them in 2007 and the concert was beyond anything I expected. Out of likely more than a thousand concerts I've been to, that one was the loudest. The bass was so powerful that those in the audience not prepared for this simply looked ill and confused. I loved it. So when I saw they were returning, I looked forward to finally meeting them. It was only a guy I had just met from Belorussia and I waiting. They came out and signed, perking up when I mentioned the show from 2007, and even more so when I asked them about opening for David Bowie in the early 2000s. After getting our items signed, I asked my newly acquainted Slavic brother where he lives and as he was on Treasure Island, which was on my way home over the bridge, I offered to give him a lift back. No good deed goes unpunished, though.

Exiting the Bay Bridge to Treasure Island is an adventure in itself. You have to go from freeway speeds to the 15 mph posted before approaching an extreme curve. One speeding driver behind me took liberty with my reduction in speed, despite my proper usage of a turn signal. He exited along with me. After a windy, long road to sea level, my passenger and I approached the first stop sign before reaching the residential streets. Treasure Island has a strange, post-apocalyptic vibe. It is quite a paradox with WWII era buildings, section 8 housing and an overall ghost town look, while offering a stunning view of the San Francisco skyline.

Once we reached the stop sign, the driver violently swerved around my car to go ahead of us. When he did so, I tried to move out of his way because he was close to hitting my car. He was clearly looking for any excuse to challenge someone because he took my movement as a sign of aggression towards him. He then stopped 10 feet ahead of us, positioning his car to block the road, got out of the car and lifted up his shirt to reveal a gun tucked in his waistband. I didn't have much time to think, but my first quick thought was how pathetic it was that this low life was exhibiting such behavior over quite literally, nothing. I also thought that there was no way that I was going to let this poor excuse for a human being end my life like this. I quickly put on my high beams to blind him and went in reverse, watching to see if he was going to begin firing. He went back in his car and continued down the road. Looking back, I wonder if it would have been better to just run him over.

I had to drop my passenger off and get home, so I waited till the driver was out of sight and then I proceeded forward cautiously. Treasure Island is basically a square maze with only one way in and out. These factors ended up making my situation rapidly worse. I drove a mile down and as my new friend instructed me to turn left while naively brushing off what just happened, I saw what appeared to be the car that I just had a standoff with waiting to my right on the adjacent cross street. I had a feeling I'd see him again. I'd be lying if I said I didn't turn fearful. My heart immediately plummeted, but my survival instincts, whatever those may be, kicked in. I told my friend that I was not going to drop him off as the driver was about to follow us. As soon as I made the left hand turn, he did just that. I then had a decision to make: Drive normally and hope he is just trying to scare us, or assume the worst and lose him. I choose the latter.

What began was an adrenaline filled blur, and a roughly 15-minute sequence of my life that I will never forget. I sped off while trying to get my friend who was now in shock to give me instructions back to the bridge and to call 911. The first turn he told me to make ended up being wrong and I found myself trapped in an apartment building parking lot. I found space between parked cars and sped out while the pursuer was so close to me that we were practically car to car. My phone had long slid onto my floorboards. As the chase went on and as our speeds increased, it was very evident that he was not merely trying to harass us, but harm us. We were running through stop signs at 70 mph and drifting around corners like a scene from Bullitt. Despite me trying to channel my inner Steve McQueen, seeing my pursuer's visible desperation, combined with the constant sight of his headlights in my rear view mirror, was alarming. The moment I started to think about how I could be hearing gunshots or wrapping my car around a telephone pole at any second made my skin crawl. I honestly did not see any positive situational outcome to focus on. It was all bad.

My only strategy was that as long as we were driving evasively, the driver would not have the control needed to shoot at us. As my friend struggled for several minutes to dial 911, I finally yelled a few obscenities at him to provide the encouragement necessary to punch the three digits onto his phone. He finally did so and as he spoke broken English, he put me on speakerphone to talk to the dispatcher. The dispatcher was so full of attitude and absurdly useless that I almost feel like we were better off without the distraction. Funny enough, the last time I was on the island was for the now defunct Treasure Island Festival. I was driving right over where I saw Thom Yorke and Flea of Atoms for Peace play for thousands of people. At that point we were a few turns away from the road back to the bridge. As my friend instructed me to turn right, I noticed the block had a large stretch of grass. Seeing this opportunity, I veered right and cut the corner diagonally in an effort to lose the driver. As I made it through and onto the adjacent road, I looked in my rearview mirror to see that the driver had either crashed, spun out, or decided the pursuit was no longer worth it.

I drove home with a sense of victory, adrenaline, and a mind full of "what ifs?". The irony is that for this driver, the encounter was probably not a significant deal for him. There is a largely unfair difference between having a gun and not, and between being followed and being the follower. It is hard to explain the feeling of being on the defensive in a situation like this, but it was not pleasant. He probably had the illusion he was in control, but he was incredibly lucky that I was not armed, had a dash cam, or that he didn't crash to death. Oddly enough, I've always imagined this happening to me, so much so that I've actually watched YouTube videos declassified by the CIA on evasive and tactical driving. Seeing how dangerous driving in California is just in general, I've also always grown to be a defensive, aware driver.

Later that night, I read that there was a deadly shooting a few blocks from the venue where I was waiting for the Chemical Brothers. I also saw past articles of a deadly shooting that occurred at the same Treasure Island freeway exit, and another that happened on the island itself. What if that was my name listed as the victim? There are people that are so callously brazen and would be quick to kill anyone over very little. I can also recall a time where I was invited to a party at a local bar in the East Bay, only to choose to see a movie with friends instead. Two people my girlfriend at the time knew were killed. I went to their (open casket) memorial thinking that could have been me. I've been attacked from behind in a casino. I've narrowly rescued a friend from drowning. I'm not sure why these situations cross my path more frequently than I'd expect. Perhaps it is because I involve myself with several different activities and try to live to the fullest, so mathematically I am more likely to see or encounter trouble merely by being out of the house so much. Perhaps this is normal and I am just one to actually write a story about it.

There really isn't any ultimate moral to this tale other than life is short, so cherish it while you can. In the mean time, I am going to audition as Paul Walker's less handsome replacement for Fast and Furious 9.

As Hunter S. Thompson, who was played by Johnny Depp in Fear and Loathing in Las Vegas said, "Buy the ticket. Take the ride." 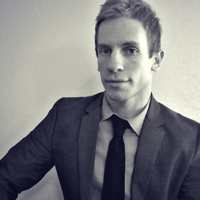 The thrill of meeting my biggest influences, my heroes, people that have helped shape my life, combined with a deep interest in music and history, has fueled my pursuit of autographs. I have been at this for roughly 20 years and now, I am keen to sell some of my extra items to help keep the hobby going.