Checking Out Fake Autographs In Vegas

I’ve been a in-person collector of autographs for 25. For me, there’s nothing like personally meeting that celebrity and having them sign your item.

Even if they turn you down, it sometimes is still a thrill.

I don’t normally buy autographs, but I realize that is probably the only way to get a completed Van Halen item that I really want.

For most people, buying autographs is the only way that they can get their favorite artists or athletes autograph. Those people don’t even know how to obtain an in-person autograph, don’t have the time or that artist may not be anywhere they live.

I recently went to Las Vegas to check out Aerosmith and The Beatles Love. Both shows were great. While walking around a couple of the shopping centers, I came across a few autograph shops and I decided to go in and check them out.

Now, I figured the prices would be outrageously high, and they were! For example a signed Lawrence Taylor mini helmet with an inscription had a retail price of $899!!

Most people who collect sports autographs know that LT is always on the autograph circuit and you can get a signed mini helmet from him at a show, with an inscription for about $150.

I know that’s the price tag and I’m sure they would give you a deal for $499!

Anyway, as I was looking around the store, I realized some autographs seemed real and some were obviously fake.

There were a variety of pieces from sports, music and entertainment.

The one piece that caught my eye was a drum head signed by “drum legends.” This beauty was “signed” by Keith Moon, John Bonham, Ringo Starr, Neil Peart, Dave Grohl and many others. This “one of a kind” piece could be yours for $15,000!

One big red flag was that were signs all over saying that you were not allowed to take photos. I did manage to sneak a few for evidence.

If it were real, it may be close to that. However, anyone with any music history would have to really question a drum head that was signed by Keith Moon and John Bonham. Yes, their careers overlapped by about 10 years. But who in the 1970s would ever think to have both guys sign the same drum head.

Actually, did artists even sign drum heads in the 1970s? I would have thought that this was a more recent thing, like within the past 25-30 years.

Of course, this shop also had a Bob Dylan signed drum head.

Not only that, the same store in a different casino had a Traveling Wilbury’s poster signed by the entire band. For those that don’t know, this was a super group made up of George Harrison, Dylan, Roy Orbison, Tom Petty and Jeff Lynn. What are the chances??

Speaking of Orbison, I saw a nicely framed photo of him, Jerry Lee Lewis, Chet Atkins and Carl Perkins. All of the autographs looked ok, however the Orbison was signed in a nice silver pen. The thing is, they did not make silver pens before 2004 and Orbison passed away in 1988.

Unless he time traveled to the future, grabbed a silver marker and brought it back with him to the ‘80s, this just can’t be legit!

I can’t believe places like this are able to stay open. They all should be shut down. Yes, a few graphs are legit, but I would venture to guess that most are forged.

The sad thing is, people believe that these are real and are willing to fork over big money for something that isn’t real.

Next time you are in Vegas, check these places out. But don’t spend any money!! 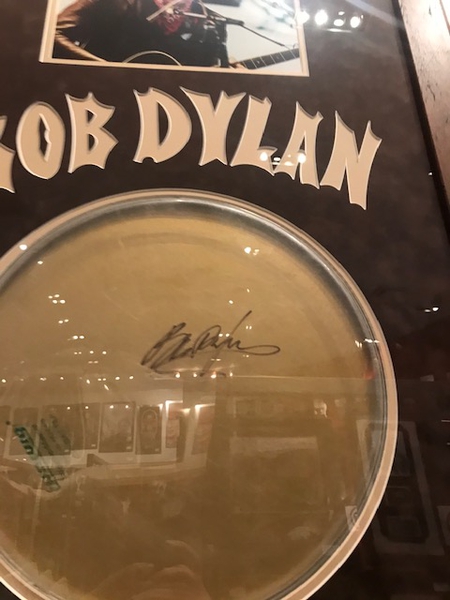 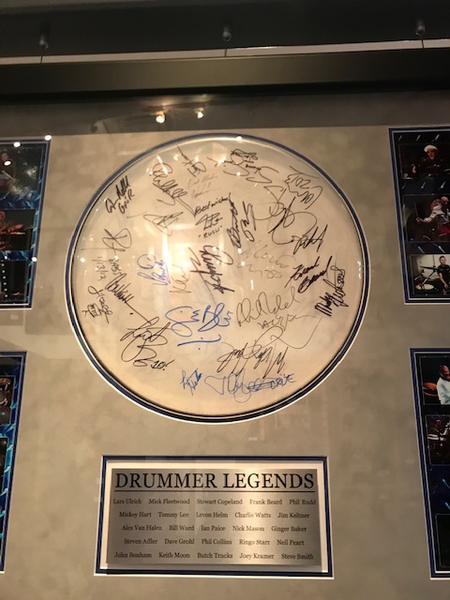