Completing A Multi-signed Piece At One Time

There was just a question posted from Adam asking about incomplete pieces. You know, that piece that you have that is just missing one person and it’s driving you crazy.

I’m sure everyone has one. For me, I have three items where I need that one guy to complete them. That is Steve Perry on my Escape album, Joe Perry on Aerosmith’s first album and James Hetfield on Hardwired.

However, this blog is about the time where you’ve gotten all the band members to sign your item and getting it completed in the same day. It usually takes a while to get something completed by a group of four or more members.

This just recently happened to me a couple of weeks ago. A friend and I made the trek down to Columbus to see and potentially graph the Foo Fighters. To make a long story short, due to some fine sleuth work, we were able to find the hotel where they were staying. My buddy and I go to the show and rock out to our favorite band for a while, but then decided to leave about 90 minutes into the show to try and beat the traffic.

The show was over at 11:00 and we got there at about 10:45. At 11:15, Chris arrives first and signs one per and heads in. Next, Nate arrives about 30 minutes later and also signs one per but takes pictures with everyone. About 45 minutes later, Pat arrives and signs a couple each and also takes pix with everyone. A little bit later, Rami comes over and is very cool, signs whatever you had and took pics as well. About 1:30am Tyler arrives and is his usual cool self. He signs anything you had and took pics too!

By this time, the wind is howling, its raining off and on and it’s getting colder. No sign of Dave. That of course is the main guy we want, and I have never gotten the guy before. He was on my bucket list next to Eddie Van Halen. Anyway, he arrives at 3:30 with a pizza in his hand and says, “Ok, pick out your favorite item, I’m signing one each then I have some pizza to eat then I’m going to bed!”

Unbelievable! I get The Foo Fighters Greatest Hits vinyl album signed by the entire band within 4.5 hours. My buddy printed up a beautiful canvas print of the band and he also got that completed. The band loved it! Dave actually told us the story of how that picture was taken.. Dave Grohl is clearly the nicest, coolest guy in rock!

If it wasn’t for them coming back one at a time, I don’t believe we would have completed our items. We went back the next morning and the entire band came out at the same time and went into three different SUV’s. Dave did sign one for both of us, as did Nate. However, the other guys just got in their cars.

Some friends of mine recently completed Wu Tang Clan albums with all members minus ODB. So it is possible, but very difficult.

My question is, what have you gotten completed in one setting? Please comment! 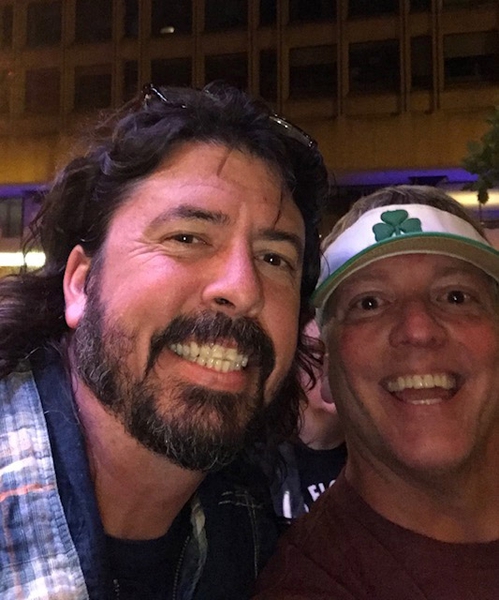 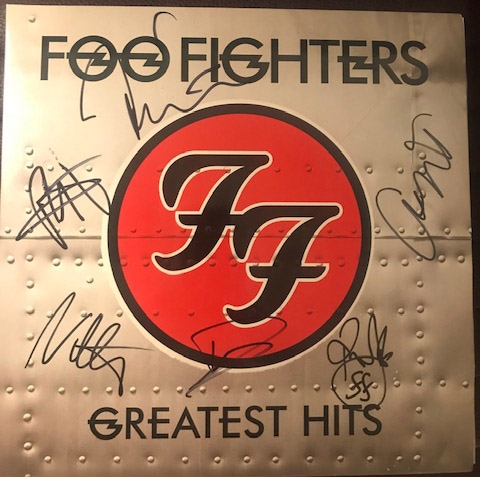 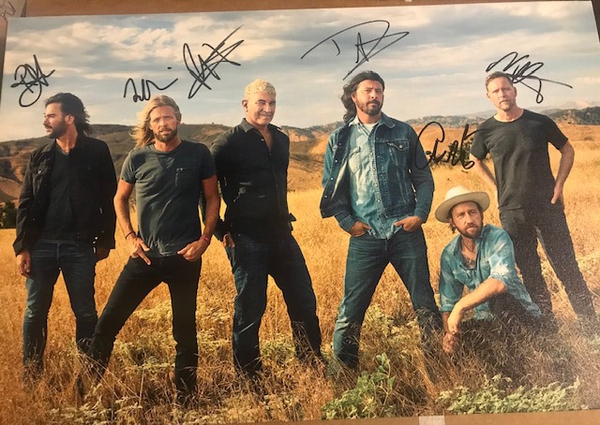 Got Dave that morning when he got to the hotel. Signed 2 albums and a poster/took photos. Was super cool!

AutographCOA (ACOA) Authentication - Get Your Autographs Certified by ACOA! Starting at $20.00!