As we go out graphing one of the most important things to remember is that first impression! I would like to make you think for a minute about approaching a celeb, don’t just go up saying can I get your autograph do your homework! It is so important! Research the celebs sports teams, signing habits do they prefer one album over another or one photo over another. For instance Harvey Kietel does not like photos where he has a gun, Mariah Carey will not sign if she does not like the photo so have different shots and she will pick the ones she likes trust me on that one. A lot of musicians like solo or the album they are promoting at that time. Don Henley was tough but he signed his new album on his solo tour no eagles but his guy told me the only reason your getting it is cause you got the new album, I was called to the front of the line one time because I had Paul McCartney new album and everyone else had Beatles it may have not been my first choice but I got him and no one with Beatles items did! Think about that would u rather go home with something rather than nothing! I got Eric Clapton, Sting and Aretha Franklin thanks to having there latest book! Also think about sports teams right now if I was going to be seeing Drake I would have something Toronto raptors on! Matt Damon and Ben Affleck, Steven Tyler, James Taylor wear a Boston cap now Matt is nice so he would prob sign anyway but that’s just an example of thinking of who they are fans of. You may not think so but that will give you an advantage and a lot of times that small advantage will help you be picked out of a crowd or make you look more like a fan! Think about what projects are they working on and ask them about that or their kids if they are being recognized for something congratulate them. My opinion is everyday celebs have people in their face wanting a picture or autograph so I think they appreciate that small comment that shows you appreciate their time or you are a fan cause you know a fact about them that not every day people would know.  I will leave you with one of my finding common grounds story I dressed the part and crashed a Dallas Austin party that Denzel Washington was supposed to be at I get inside walk down the red carpet with confidence only to find out that Denzel cancelled last minute. A few months go by and I find out that Denzel is in town to get an honorary degree from morehouse college I know where he stays when in Atlanta so I go and wait he walks in I approach and he gives his normal line I’m not working today fellas so I had thought about what to say if he denied and I came back quickly with ah come on Denzel I was at the Dallas Austin benefit dinner that you had to cancel, when he heard that he did a 180 turn and said I’m so sorry I had to cancel that I had a emergency come up that could not be avoided and his whole tone changed I said well I would really appreciate it if you would sign my poster, he said oh yeah sure and he gave me one of the best nearly every letter signatures of his I have ever seen! I then said any chance I can get a picture with you and he smiled with that big Denzel smile and said sure! I truly believe had I not done my homework and was prepared he would have blown us off that day and I think he gave me a nicer than normal signature because of what I said. Well this is my first blog and I hope you enjoyed it! Until next time KEEP GRAPHIN!! 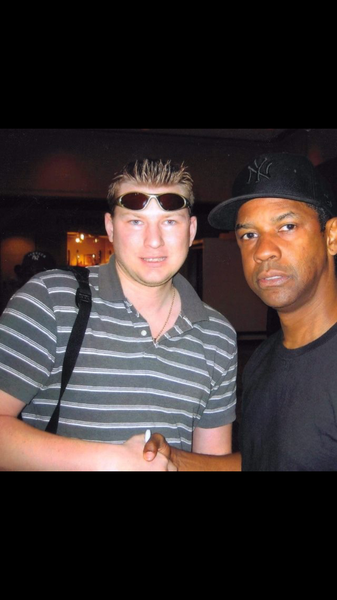 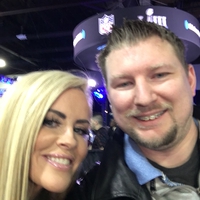 I have been collecting in person for over 20 years in and around the Atlanta area! Starting to sell my collection as I am running out of room!