I feel it is important to have a great appreciation of history when you are a collector, especially in this hobby. I also think about how it has evolved quite a bit throughout the years, with different levels of preservation and knowledge that have been gained over time. Right down to the different pens and markers that were used or how even the different types of items themselves being signed can tell their own story.

A term like "vintage" and "modern" gets thrown around a lot when talking about how long ago an item was signed (although the term vintage may be slightly bastardized from its original meaning) I believe most would agree an autograph must be at least 20 years old to be considered a vintage example.

When I look to add a piece to my collection there are many factors I try to think about before I make a purchase. Of course we all must be drawn to the item itself (and its authenticity should being the #1 influencing point), but we must also look at the condition of the item and perhaps the placement or readability of the signature. If you are looking at it as an investing stand point, rarity might also be a factor to consider.

These are all very important factors to remember when deciding to invest your hard earned money, especially focusing on the quality of the signature itself. With modern signatures becoming shorter and more rushed, it may ultimatelly be a smarter idea to look at those more vintage/classic examples from those same celebs instead. While it may be a bit more expensive, it may also have more desirability as time goes on.

However what I also look for is for the item to speak to me. What I mean by that is the "where and when", while we know anyone can make up a story (researching the actual signature itself still being the key to not getting screwed ), the provenance can also be the beating heart of the signature. I prefer to get as much detail as possible when purchasing an item to keep its history alive, especially in a truly vintage signature and as a Beatles fan, I get more excitement from a piece signed when they were still in the group creating their music together.

There is actually a pretty good book called "Waiting For The Beatles" by Carol Bedford, that chronicles the time of late sixties London and a group of Beatles fans called the "Apple Scruffs."

The Apple Scruffs were a somewhat kinship of fans who hung around places like the Apple Corps building, Abbey Road Studios, and even the homes of The Beatles, just in the hope of spotting or getting to interact with them.

These ladies (and a couple gentleman too) like Carol Bedford,  Cathy Sarver, Margo Stevens, Emma Eldredge, Lizzie Bravo, Gayleen Pease, Diane Ashley, Gill Pritchard, Jimmy Lyford and many others who were around London between the years 1967-1970 meeting The Beatles and getting their autographs at that time. While they weren't all "Apple Scruffs" (the core group officially was named in 1969, George Harrison even wrote a song about them...Maybe we can at least get Ringo to write a song about RACC?! :=) )

They did in many ways help to define that moment in time of late 60's London for both Beatles fandom and autograph collecting...Even breaking into Paul McCartney's house! "She Came In Through The Bathroom Window" really did happen!

While I have shown this autograph before, It is one in my collection that deserves celebrating today especially for thus blog, as it was fifty years ago to this date of it being signed.

A 1968 Collins pocket diary that has been signed by Paul McCartney. Paul signed the page dated 4th July 1968 in pencil, The signature came with a letter from the original recipient that also reads ‘I got Paul McCartney’s signature outside his house 7 Cavendish Avenue of John’s Wood, as he got into a chauffeur driven car he rolled down the window and signed inside my diary’. She also noted meeting Paul McCartney on October 24th 1968 in this diary.  (It was also on this day that Paul travelled with Linda to Liverpool to visit the Cavern Club on October 25th.)

While this lady who obtained Paul's signature on that day fifty years ago may not have been one of these official Apple Scruffs, her story (and other parts in her diary) breathe a little bit of life from 1968 and it captures that moment in time for someone like me who wishes he could have been alive to be there.

I think we all need to try and remember the history of these items we own and curate, even those of the current/modern items being signed today. If you get someone to sign maybe also think about writing a little note of "when and where" because one day (we hope) to pass our history on to the next generation and try to keep as many records of provenance as possible. 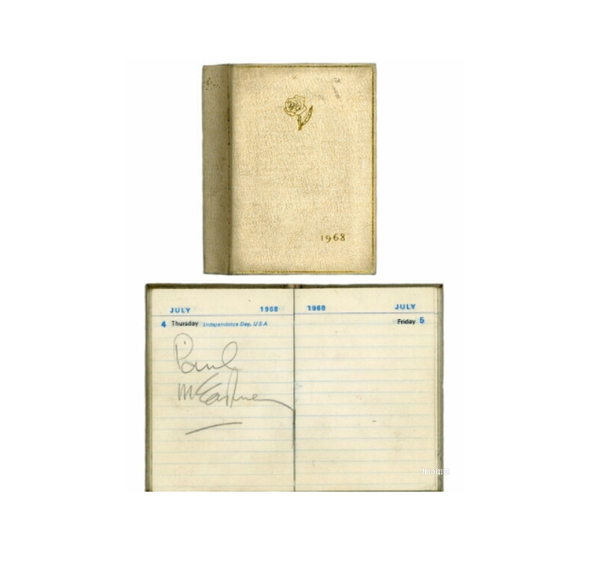 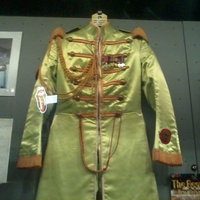