I've never been the type to have a serendipitous moment of luck in the world of autographs. But one particular time, literally every star aligned for me to finally get stuff signed by one of my idols: Steven Spielberg.

It was December 18, 2015. I decided to do 2 events that day – see “Force Awakens” for the first time then hit up a Leonardo DiCaprio Q&A for “Revenant” a few blocks away right after. Now just to understand, Spielberg has always been my #1 goal in getting an autograph from and I had just missed him a few weeks before where he stiffed. But as luck would have it, for those 2 weeks, I never took the time to clean out my bag and take the 2 Spielberg photos out. There was absolutely no reason for me to still have them on me. So I put my Leonardo DiCaprio stuff in my bag and off I go to see “Force Awakens.”

Once the film was over, I walked the few blocks over to the DiCaprio event, where the venue is the kind where talent is pulled into a private parking lot. You can see who's coming in and coming out, but an annoying gate impedes from rushing over. I'm all by myself for arrivals, and he doesn't do it. Then I wait. I'm suddenly joined by a graphing buddy, who says he doesn't think DiCaprio will do it here and offers for me to get in his car and drive after Leo once the Q&A is over to see if he's going to do another Q&A in another area. I said sure. So the Q&A ends, Leo gets in his car, and nope, he doesn't sign. So off we chase. We go from Hollywood/Vine all the way to Beverly Hills. He passes venue after venue... nothing. And finally, he pulls into a hotel. Shit. We were wrong. No more Q&As for Leo tonight. So we're both bummed. “Well,” he said, “since we're already here in Beverly Hills, let's check some of the other venues around to see if anything else is happening.” Sure. Why not, right?

So we head to the closest venue. And as we approach... hmmm... a group of 10 professional graphers are already there waiting by the door. There's a massive black party bus sitting there, engine idling. What the hell is this? So we get out... and we see both Star Wars and Indiana Jones stuff out. We look inside through the glass door, and there's a group of celebs waiting to step inside the theater room for a Q&A.. and holy shit, there's JJ Abrams, Lawrence Kasdan, and FUCKING STEVEN SPIELBERG! We learned after that JJ decided to do a ton of surprise Q&As for "Force Awakens", and Spielberg decided to tag along with them to sit in the audience and record the experience on his phone.

So my first thought: FUCK. The one time I actually might get the guy, and I don't have any phot--

I stop. Wait. I didn't clean out my bag, I remember... so I look in my bag. And sitting there in a toploader are 2 photos: Indiana Jones and the Last Crusade and Bridge of Spies.

So I pull those suckers out and we wait.

And out they come. JJ signs. Lawrence signs. And finally...

Out comes Spielberg. We line up. And he looks at us. Thinks about it. And picks up a pen.

I never had a moment like that before and I've never had one since. And I never got Spielberg again after that. I don't know how my luck happened to just stumble on the #1 guy I always wanted a signature on, but damn, that was cool. 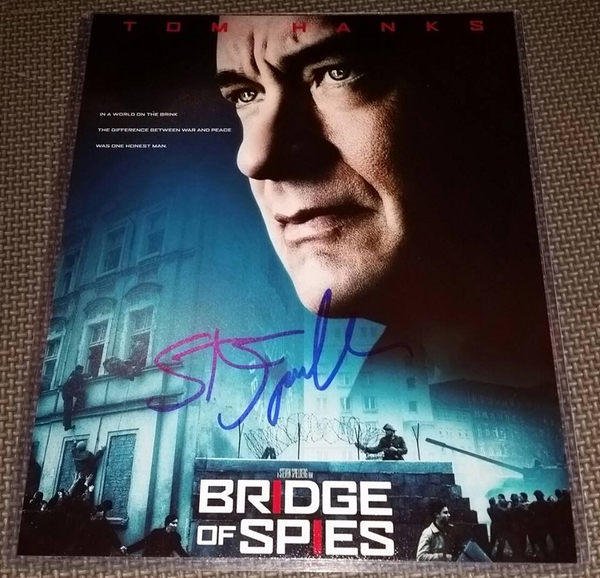 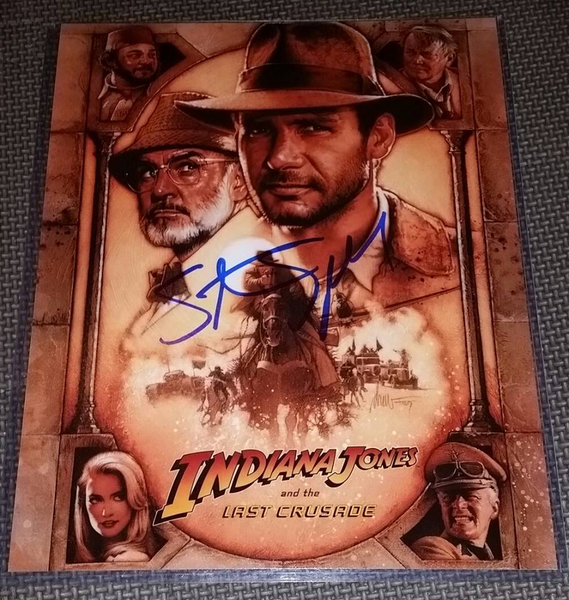 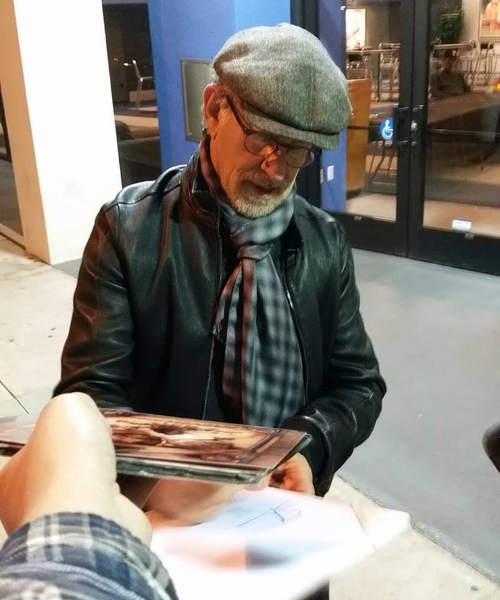 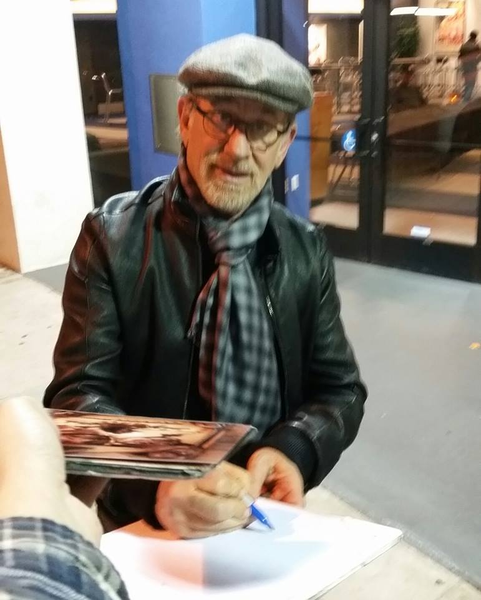 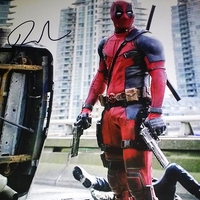 Joe has been a collector of in-person Hollywood autographs since 2012. His focus is on Oscar nominated/winning roles, movie posters, Marvel, Star Wars, Dr Who, DC, directors and writers. He has been and always shall be an 8x10 guy. 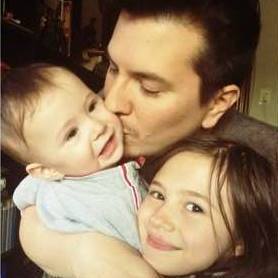 Amazing story, from an amazing grapher! 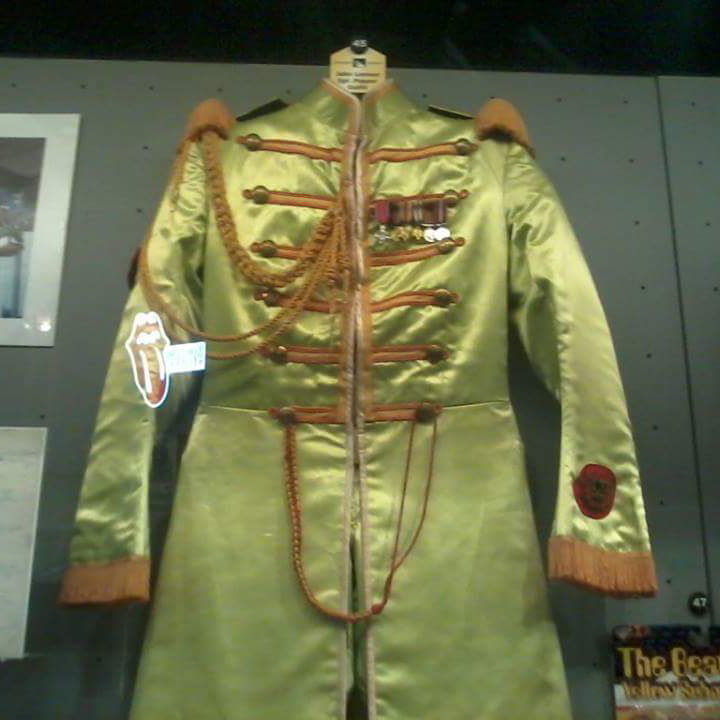 Amazing story! Speilberg is perhaps and will go down as the most influential film maker in history...And I say that as a huge Hitchcock fan. Nice story!

AutographCOA (ACOA) Authentication - Get Your Autographs Certified by ACOA! Starting at $5.00!