The Putang mystery with Sandra Bullock

One of my first ever Hollywood events was the movie premiere for Premonition in 2007. The main 2 stars of the movie were comedian George Lopez and actress Sandra Bullock. I was there to mainly see Sandra Bullock just taking photos with a small little camera. Probably 10-12 autograph seekers are there and I walk up to the low key event. George and Sandra both drop off and are standing to the side of the fans they greet each other. Sandra leans in and whispers to George "what does Putang mean". George smiles and tells her "pussy". Sandra cracks up laughing and I turn and see if anyone had captured the funny moment on video, sadly no one was shooting video. I did take a nice picture of Sandra and George posing together that I had George autograph a few years later. 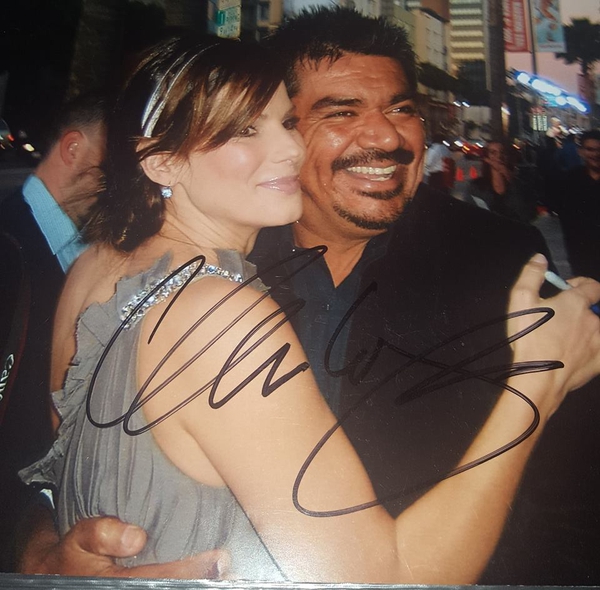 Los Angeles autograph seeker for over 12 years. I now live in Ontario, Canada and occasionally like to make room by selling off a few items of my personal collection.