When A Celeb Says No, Then Signs A Few Minutes Later

Have you ever been out graphing, you spot the celebrity, they see you and then they say they are not going to sign? You get upset because you put in the time and you thought it was a sure thing. Then a few minutes later, they come back and sign.

This has happened to me a few times and it just happened the other day. Chicago was playing at our local venue and I decided to try for Robert Lamm, one of the original singers and keyboardist for the band. I’ve gotten the other guys before but Robert is usually tough. I had a custom drum head with other guys on it and I wanted to add him to that as well as my Chicago 18 album that had 3 guys on it already.

I was the only one back there waiting for him. After about 30 minutes he comes out and walks right to his bus. As he walks by, I ask if he would mind signing. He held up his hand and shook his head no. I was pretty disappointed because he was the only guy I wanted. So I turn around and start heading for my car. Then I hear a whistle, so I turn around. Robert was standing by the barricade and said “Ok, I’ll sign one.” So I approached him and he said “Sorry, I’ve had a very long day.” I said, “Thank you, I’ve only got two things.” He said, “I’ll sign one.” That works for me. I then asked for a picture and he said no thanks and went to his bus.

Another experience that comes to mind was Natalie Merchant from a couple of years ago. She walked right to her bus carrying flowers that a fan had given to her after the show. There were mostly middle-aged women waiting around along with me and my buddy.

After about 30 minutes, we decided to head to the car because usually once an artist goes to the bus, they aren’t coming off. So we headed down the street to our vehicles. These women would not be denied and started chanting “Natalie, Natalie, Natalie!” Then we heard a roar from the crowd and looked to see that she actually got off of the bus and started signing and reluctantly took a few pictures with fans.

Have you had an experience like this? Just when you think it isn’t going to happen, then it does!

Let us know your experience. 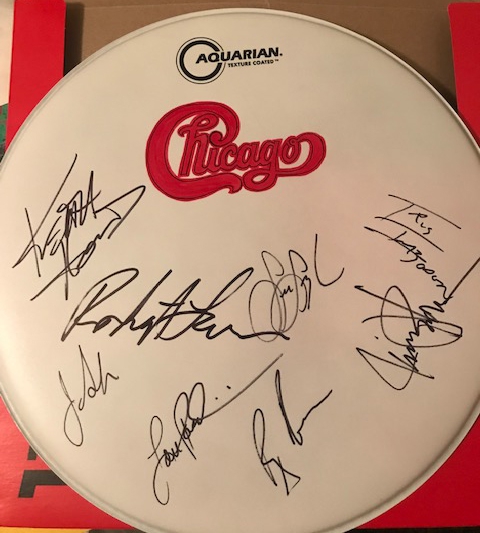